Yes, students may have to pay for the AP exam or AAPPL exam to show proficiency, but the SAT will be provided at no cost to the student. 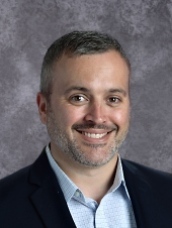 Submit Proof of COVID Vaccination
Vaccinated students can submit their proof of vaccination  HERE for the 2021-2022 school year and summer programs/athletics.  It may take up to a week to process a student’s proof of vaccination due to the amount submissions we are currently receiving.

COVID Testing Opt-In
Weekly PCR saliva testing is available on campus, free of charge, for unvaccinated students. This is a mitigation strategy recommended from IDPH and the local health department.  Please complete the  COVID Testing Opt-In Form so that your student can participate in testing at the beginning of the school year.

Will County Vaccine Locations
Vaccination is currently the leading public health prevention strategy to end the COVID-19 pandemic. If you are in need of a vaccine, you can check with your primary care physician or here is the link to the Vaccine Locations in Will County:   https://willcountyhealth.org/vaccine-locations/